With Barry Thompson and Randall Phillips

Examiners insist on a risk-based approach to doing business. This presentation is designed to identify the most common -- and costly -- security-related risks and accompanying mistakes that an institution may experience. The critical mistakes -- and the proposed remedies -- are categorized into several topic concentrations to simplify the process. Both the mistakes and remedies are drawn from BOL Guru Barry Thompson’s and Randy Phillip’s extensive experience as a security consultants, trainers and writers. This presentation isn't based upon theory -- it's a "real-life, real-time" program relating to issues that may contribute to more than 75% of an institution's losses.

The Security Officer isn't the only position responsible for these mistakes, however -- the

Board of Directors and other institution components also play a role in risk reduction and loss avoidance. By understanding the cause and effect relationships involving the creation of an effective security function and establishing appropriate risk reduction techniques, the Security Officer may use these examples to design and implement a standardized, institution-wide Security Program that both reduces losses and increases profit.

Experienced security officers who want to be sure they haven’t made any major errors.

Internal or external auditors who have a minimal understanding with physical security requirements.

Anyone with the following titles: 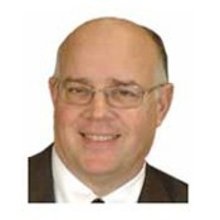 Barry Thompson, the author of 101 Security Tips for the Beginning Security Officer, is known as “The Fraud Educator.” He has worked in the financial services industry for over three decades, holding the positions of security officer, compliance officer, treasurer, senior vice president, and executive vice president. He is the only fraud educator in his industry that has worked in senior management positions, which affords him unique insight into financial institutions.

Over the course of his career, Barry handled over 900 security cases. He has been involved with investigations and prosecutions on the federal, state, and local levels, and has testified before grand juries, county courts, bankruptcy courts, family courts, and the New York State Supreme Court.

As a security specialist for America’s Community Bankers*, Thompson was involved in all phases of organizing the National Operations, Technology and Security Conference, including designing and overseeing the conference’s security track, hiring conference speakers, and writing the conference manual.

Barry is an in-demand, internationally-recognized speaker where he has made fraud, theft, and security presentations to groups throughout the country, in Europe, and at the United Nations. Recognizing the increasing importance of compliance in the banking industry, he became a Certified Regulatory Compliance Manager in 1997.

He has put his knowledge and expertise to use as an instructor for both the Credit Union National Association’s Security Institute and the Tennessee Bankers Association’s Southeastern School of Banking held at Vanderbilt University.

Today, his firm focuses primarily on training at national and state conferences and conventions and in-house to banks and credit unions, from physical security to computer security. This includes in-depth instruction on identity theft, internal fraud, scams and schemes, conducting investigations, social media and bank robbery.

To date, he has trained more than 26,000 financial professionals—and growing.

Randy Phillips began his career in financial institution security while still employed as a police investigator in upstate New York. His career in law enforcement provided his first exposure to the world of corporate security and financial crimes and would shape his career path from then on.

For several years he juggled two careers, pursuing robbers as a police officer and then teaching financial institution employees about dealing with those very people. His early days in the financial services industry began as an advisor and instructor on bank security topics. He quickly transitioned to the position of board-appointed bank security officer. During the next twenty years he would further this career and gain valuable experience in administering all areas of security for financial institutions while serving as: director of security and facilities, regional security officer, and corporate security director. His analytical thinking and thoroughness have been tremendously beneficial in writing policy and procedure, developing business continuity plans, and creating training programs.

His dual careers have also provided much insight and experience into the world of fraud, embezzlement, and ethics investigations. He has honed his skills in risk assessment and mitigation, designed and implemented a fraud awareness and incentive program for tellers, and been recognized for his robbery awareness and prevention programs. Most recently, he has been involved in the pursuit of ATM skimmers and the efforts to stay one step ahead of them. He routinely collaborates with many local, state and government entities including the Department of Homeland Security, U.S. Secret Service Electronic Crimes Task Force, and the Federal Bureau of Investigation.