Management should take full advantage of an effective safe deposit audit program as their protection against losses due to negligence or carelessness. The mysterious disappearance of property from either internal theft or burglary must be avoided. You should be sure that procedures are in place to assure that your attendant uses the utmost diligence in making sure there are no exceptions or deviations. For an auditor to properly perform this task, they must be thoroughly familiar with all aspects of your safe deposit operation. This seminar covers the “nuts and bolts” and the important steps that must be followed to audit your entire safe deposit function.

David McGuinn, a nationally known expert in the area of safe deposit, has audited numerous financial institutions and will provide clear concise answers to complicated questions regarding your institution’s responsibility and potential liability. He will also identify and discuss various audit issues.

What You Will Learn:

Get answers to the following questions and establish internal procedures to comply with proper safe deposit requirements. 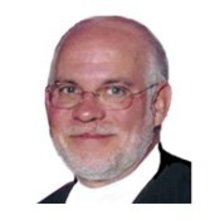 David McGuinn, President of Safe Deposit Specialists, is a former banker with over 45 years of safe deposit experience. He is often referred to nationwide as the safe deposit GURU.

In all 50 states he has trained over 350,000 safe deposit managers and personnel since 1969, and has served as President of the American Institute of Banking and the American, Texas and Houston Safe Deposit Associations. All four organizations have presented him with their President's Award for his dedication to the financial industry.

McGuinn has created numerous safe deposit operations, marketing, audit, security, disaster and compliance manuals, brochures, forms, training videos and Internet/audio training programs. His safe deposit products and training seminars are now recognized as the recommended standard for the financial industry. All of his safe deposit resource items can be reviewed at www.sdspec.com.