One big bank just paid a $3.5M civil money penalty and $12M in restitution. Why? It failed to handle Reg E claims correctly, it failed to handle stop payments correctly, and it reopened accounts which had been closed allowing fees to be paid as well as other debits the consumer had not intended to be paid. So Reg E remains in the compliance spotlight, after all, it is consumer protection. UDAP penalties have been imposed numerous times because of a disconnect between what banks disclosed using model Reg E forms and what it actually did. The offending institutions received negative press, adding “insult to injury” in addition to the CMPs they had to pay and the increased scrutiny in future exams.

Sometimes you need to pause, take a breath and look at the forest. That is why I invite you to join me on a review of Reg E from disclosures, to procedural requirements, to claims. We always include claims in our discussions of Reg E because that is often where the day-to-day stress is. But you also have to understand what your disclosures say and how you actually “do” what you disclose. There are basic questions that I see again and again such as “the card and PIN were given to a person, so they have authority to use that card forever, right?” Wrong! And “family fraud” isn’t a valid claim, right? Wrong! Are you up to date? Your examiners are, and they’re asking pointed questions during exams because they know where the problems are.

It is a fact that debit card use is still increasing. This increase in volume means an increase in claims. When there is a financial loss, who loses? You already know that the bank does!  But there is more than one way to lose money on a claim. Do you have to investigate all claims? No. Are you charging off more in losses than is necessary? Maybe. Are there big penalties against banks for handling Reg E the same way they have for years? You can bet on it!  “That’s the way we’ve always done it” doesn’t work when it’s wrong.

Reg E has many disclosure requirements, including those related to overdrafts, and there are rules for the issuance of an access device, liability disclosures, gift card rules and contract issues when you offer a branded debit card.

In this webinar, we will discuss the basic Reg E requirements and then there will be a focus on claims for unauthorized withdrawals from a customer's account. You must know when a claim is valid and has to be paid, and when it is not. Otherwise, you are cheating the bank, or the customer.

We will review the meat of Reg E, in addition to the claims. The disclosures and opt-in rules will be discussed and we'll explore the claims process so that you can determine the cost effectiveness of taking a claim, investigating and going through the necessary steps to communicate with your customer. We’ll discuss when it is just cheaper to pay the claim, and what safeguards you should have to avoid abuse of your process.

During this session, we’ll discuss:

Disclosure issues still lead to complaints to the regulators’ customer assistance areas. It is important that your staff have the basics of Reg E clearly understood. It is equally important that you understand the claims procedures. If claims are handled incorrectly, the losses can be extreme. You need the confidence that everyone is following the same procedure and that it is according to the regulation.

This webinar is focused on Reg E and will not address specific ACH rules or card association rules involving merchant chargebacks. These and overdrafts and remittance rules are discussed at length in webinars dedicated to those topics. 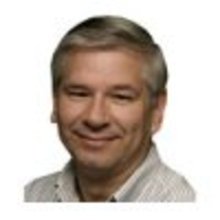 Mr. Andy Zavoina, CRCM, is an Executive Vice President and Chief Relationship Officer with the Glia Group, Inc., best known for its interest in BankersOnline.com. He joined Glia and BOL in 2003.

Mr. Zavoina has been in finance and banking for 37 years. Over 20 years were with a two-bank holding company which had $534 million in assets, 89 branches spanning Texas and nearly 500 ATMs. He managed loan workouts, has been a consumer, commercial and real estate lender, managing those departments, as well as being his banks first Webmaster. He was responsible for compliance -management, -auditing, and -training for both banks.

Andy is a frequent webinar presenter for BOL Learning Connect and a key contributor to conferences put on by BOL Conferences, Inc. In addition, Andy teaches live presentations at state association schools and regional compliance organizations across the U.S. and has served on the faculty of national banking schools. He has written articles and lectured on many facets of compliance, the use of the internet and technology as a tool, as well as compliance in cyberspace.