A Banker's Responsibility under FCRA

A Banker's Responsibility under FCRA

The Fair Credit Reporting Act (FCRA) has been around since the 1970s. The law was fairly straight forward for many years. Then the Fair and Accurate Credit Transaction Act (FACTA) became law on December 4, 2003. The FACT Act revised the FCRA. The revisions, which unfolded over an eight-year period, resulted in substantial changes for all financial institutions.

In order to understand the various provisions of the law today, research must include both the FCRA and FACTA and the Consumer Financial Protection Bureau' s (CFPB) Regulation V and the Federal Reserve Board's (FRB) Regulation V. It is all a bit of a jumble.

The Economic Growth, Regulatory Relief and Consumer Protection Act (EGRRCPA), which was signed into law on May 24, 2018, further amends a number of sections of the FCRA. Those sections create new security freeze rules, change rules regarding veteran's medical debt, and allow a rehabilitation program for delinquent student loans. The EGRRCPA revisions have effective dates ranging from May 24, 2018 to May 24, 2019.

This two-hour on-line program provides a review of the numerous subparts and appendices included in both the CFPB's and FRB's Regulation V and the FCRA and FACTA. It also includes the EGRRCPA amendments. Although many of the provisions are new, program participants frequently comment that they never heard of some of the sections discussed. Ignorance of the law is not an acceptable excuse for violations. If any member of your staff is not familiar with the provisions listed below they need this program.

Program participants receive a detailed manual that provides a thorough explanation of all the FCRA requirements.

Upon completion of the program participants understand the FCRA requirements, as modified by EGRRCPA, for:

Duties of Furnishers of Information;

Duties of Users Regarding Obtaining and Using Consumer Reports;

Duties of Users Regarding Risk-Based Pricing;

Duties of Users of Consumer Reports Regarding Identity Theft;

Duties of Users of Consumer Reports Regarding Address Discrepancies and Records Disposal;

Duties of Consumer Reporting Agencies Regarding Disclosures to Consumers;

Disclosure on Opt-Out of Prescreened Lists;

Disclosure of Credit Scores; and

The program is designed for compliance officers, operations personnel, loan officers, loan originators, auditors and others involved in originating and servicing loans. 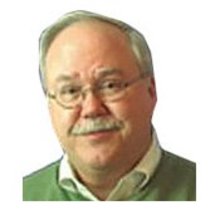 Jack Holzknecht is the CEO of Compliance Resource, LLC. He has been delivering the word on lending compliance for 39 years. In Jack's 34 years as a trainer over 125,000 bankers (and many examiners) have participated in his live seminars and webinars. Jack's career began in 1976 as a federal bank examiner. He later headed the product and education divisions of a regional consulting company. There he developed loan and deposit form systems and software. He also developed and presented training programs to bankers in 43 states. Jack has been an instructor at compliance schools presented by several state bankers associations. He developed and delivered compliance training for the FDIC and OTS for ten years. He is a Certified Regulatory Compliance Manager and a member of the National Speakers Association. He is also a "BOL Guru."