The OCC and FDIC, without the Federal Reserve, have issued a proposal to “modernize” the Community Reinvestment Act (CRA).  This proposal is a radical revision to the existing CRA.  There are good proposed changes such as acknowledging that not all underserved areas are rural, and allowing more activity outside of geographic assessment areas, which would be especially helpful in “overserved” highly populated areas. However, the proposal as written complicates a great deal that could potentially have been improved without the overcomplication.

The regulators make much of the list of “community development activities” proposed, but that list could have been provided to banks and examiners without “throwing the baby out with the bath water”. Much of what banks found frustrating was activities that counted for one bank being rejected for another, with some differences being by agency and others seeming to be by individual examiner.  The entire regulation did not need to be changed and complicated to fix that issue.

The small bank upper threshold would be increased but the intermediate small bank designation would be eliminated. That alone should cause ISBs to pay close attention.

For banks other than small banks new “tests” would be implemented that push a great deal of the examination burden onto the banks. Given that banks even with several billion in assets might have one person responsible for CRA reporting and compliance, these tests could greatly increase the burden of the regulation (while reducing it for examiners) and bears close study.

Bank staff responsible for CRA compliance and reporting, auditors and examiners who need to understand CRA, and management that needs to understand the beneficial changes and potential increases to workload this proposal could entail all will find value in this webinar. 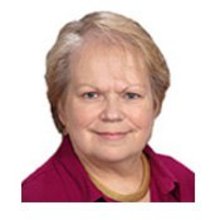 Kathleen Blanchard has over 32 years of experience in banking. She has developed lending and regulatory processes as a banker and consultant and presents detailed regulatory training that is very process specific. Her banking background includes commercial and private banking lending, credit review, credit policy and procedures, risk management and regulatory compliance at both community, regional and large international banks.

Kathleen has been providing training and consulting services for banks, credit unions and non-bank lenders on their regulatory compliance processes, HMDA and CRA reporting, process development and training since 2006. She is a Certified Regulatory Compliance Manager and a BOL Guru for BankersOnline.com. Kathleen presents her views and advice on HMDA and CRA and other regulatory matters at her website, www.kaybeescomplianceinsights.com

Since 2015, Kathleen has been delivering in depth regulatory compliance consulting and training via The HMDA Academy, a unique personalized combination of consulting, training and resources delivered online to assist financial institutions and vendors in learning and applying the revised HMDA process and rules going into effect in 2017 and 2018.